Focusing on the neuronal process of exocytosis, the Ewing group has pioneered small-volume chemical measurements at single cells, electrochemical detection for capillary electrophoresis, novel approaches for electrochemical imaging of single cells, and new electrochemical strategies to separate individual nanometer vesicles from cells and quantify their contents. The group also pioneered, in collaboration with the Winograd group, many methods for the development and application of mass spectrometry imaging for subcellular and neurochemical analysis.

In the last 5 years, the team has developed new approaches for electrochemical imaging of single cells with complementary chemical imaging with nanometer spatial resolution and we have developed and applied mass spectrometry imaging at the submicrometer level to build on our earlier work (Science 2004 and PNAS 2010)1,2 to understand domains in cell membranes. In the last 2 years we have had incredible success (best of my career) and: (i) developed a new method to measure the contents of vesicles (JACS, 2015; IF 13),3 (ii) developed SIMS imaging of the fly brain to demonstrate that the drug methylphenidate alters the lipid composition (Analyt Chem, 2015; IF 5.8),4 (iii) measured vesicle contents in situ in live cells with a nanoelectrode in a single cell (Angew Chem, 2015; IF 11.7),5 (iv) measured single exocytosis events from varicosities in the fly using optogenetic stimulation (Angew Chem, 2015),6 shown that excited fluorophores in vesicle membranes generate oxidative stress which in turns leads to electroporation and pore opening in electrochemical cytometry (Angew Chem, 2016),7 (v) applied cisplatin to cells and observed the changes in vesicle content and release to propose a mechanism for the cognitive changes in the “chemobrain” observed in cancer patients (Angew Chem, 2016; and back cover: doi/10.1002/anie.201605032/epdf)8 (vi) used the NanoSIMS to measure and image the transmitter dopamine inside a single nanometer vesicle (ACS Nano 2017: IF 13.3),9 and (vii) discovered that zinc changes vesicle content and the fraction released in exocytosis possibly providing a mechanism to explain how zinc affects learning (Angew Chem, 2017 and front cover).10 The intracellular vesicle impact electrochemical cytometry method we have developed allows us to directly compare the contents of vesicles and the material released in the same system and has revolutionized our work in the last year! Our combined work on open and closed exocytosis was recently published in Quarterly Reviews in Biophysics (2016; IF 7.2)11 and the work to understand electrochemical cytometry of vesicles was reviewed in Accounts of Chem Research (2016; IF 22) and Current Opinions in Electrochemistry (2017),12, 13 and a mechanism has been proposed that explains vesicle opening on electrode surfaces.14  We have also published a recent review on analysis and imaging of individual vesicles.15

In addition to the work described above, the group has built a unique mass spectrometry imaging laboratory, second to none in SIMS imaging with an IonTof V instrument, Ionoptika J105 3D Chemical Imager, an AB Sciex Qstar equipped with a C60 ion gun, a Bruker Ultraflextreme MALDI instrument, and now the Cameca NanoSIMS (added recently). 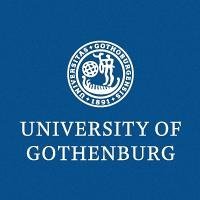